Photo by Ankush Minda on Unsplash

Some time ago I was working in a team where we had developed an application that had some complicated logic and unfortunately, the integration tests were not developed. In another post, we talked about test-driven development approach something that I definitely recommend.

An application that didn’t scale

The application didn’t scale because with more traffic the main process was queuing more and more data and the time to deliver information to an external system was not acceptable.

The time to process the data was near 1 hour and the data should arrive at the external system within 30 minutes.

Trying to improve the application

What we did at that moment was trying to improve the main process that was accessing the database for each element that was retrieved from the first query.

Minimize the number of times that you go to the database to retrieve data.

Then one member of the team suggested also doing a refactor adding Lombok in the application and simplifying some logic here and there to reduce the number of lines of code.

The action that we decided was to do another release with a fix that we thought was the culprit of the 30% drop. The result was that the KPI reduced the drop to 20% but didn’t recover fully from the previous state.

We had a new invitation from our beloved business partners requesting us a clarification. In that meeting, we asked when was the moment that they saw in the KPI’s that the application was working at full capacity and that the KPIs were ok.

They told us the specific date and from that date, we inferred which release version was working fine. The release number was just before the release that we did with the improvement of the query using the join and the Lombok refactor.

We reverted the code to the version that business told us that was working fine. We deploy it to production and after 2 days we had the confirmation that the KPIs came back to normal recovering from the 30% drop.

At this point that we had recovered from the drop, we analyzed using metrics, which part of the process was consuming more time and we find out that we had a bigger problem than the queries done to the database. (See a previous post where I talk about how to metric your Java application)

Use metrics to see which are the points of your application where you spend more time.

Each time that we were sending data to the external system we were waiting for a response from the server that we were not using, that was creating a bottleneck because we were slowing down the sending of newer elements and we were adding delays in all the sendings progressively.

The point here was that we could send the data asynchronously without waiting for a response from the server. That would increase the throughput and that was what we did exactly. We used CompletableFuture to send data asynchronously to the external system.

Impact of the changes

The result was that we started sending more events to the external system (see purple line). 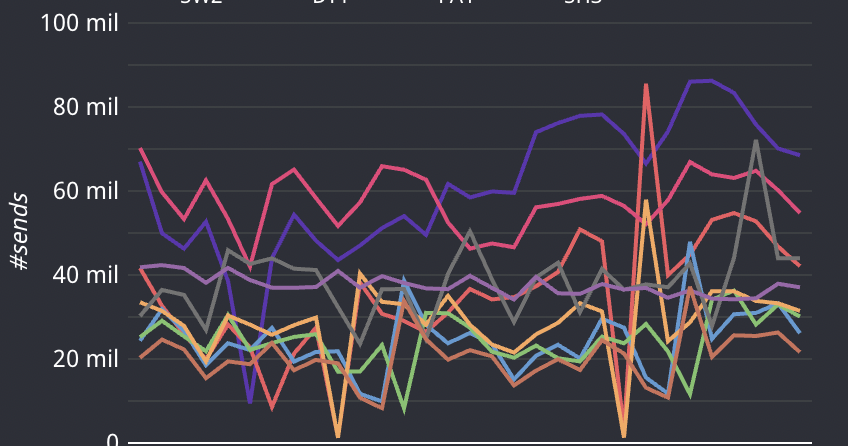 And that lead to a 40% increase in orders after the 4th release. 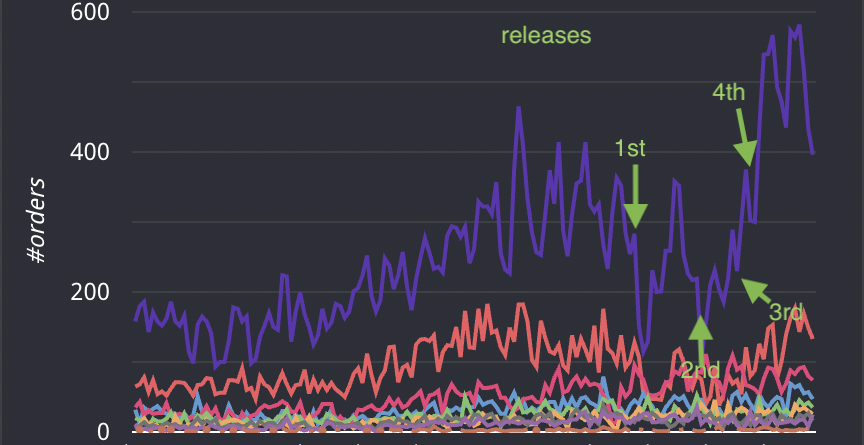 5 graph problems you should know in Java

Master the command line with this 40 terminal commands