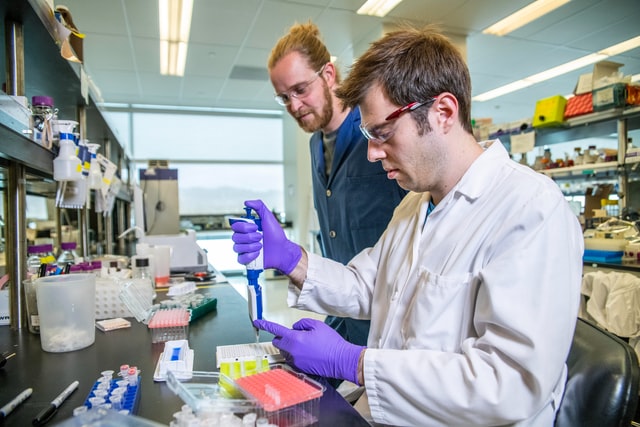 Photo by Science in HD on Unsplash

In the same way that vaccines have to be tested before the rollout to the world population, we need to test our software before releasing it also to our customers.

Today the first woman received the Pfizer vaccine and before this, several protocols have been executed before today’s event.

Software engineering it’s a science (Computer science) and because of that we need procedures to ensure that our software is doing what is expected.

Those tests look to meet the acceptance criteria defined before starting the development of the project. The idea is to formalize the shared knowledge of how the application should behave.

BDD is achieved through the usage of domain-specific language (DSL) like natural language constructs (e.g., English-like sentences) that can express the behavior and the expected outcome.

Every user story should define the following:

Using cucumber for your acceptance tests

One of the frameworks that I like to use when I have to develop acceptance tests is called Cucumber. It has a java library for Java Maven applications that you can integrate easily within your pom.xml

In the following example, we will define a group of sentences to test an API that allows creating and reading books from a store.

each one of these sentences needs to be defined in the glue code that interacts directly with our application. In this particular case BooksApiSteps class is where we have placed our sentences.

Boundaries in your application

The first step to defining what are you going to test is to know the boundaries of your application. Is your application using an external API to retrieve data or to do any kind of operation?

your acceptance tests should not depend on external services or systems, these are the boundaries of your application where you call these external systems.

To have deterministic tests that don’t fail randomly and that test only your code and not the code from the external systems you should mock those systems in a way that represents the normal behavior of this external system.

Typically what you can do in services that are defined by contracts is to create a particular implementation for the contract that you control and that you know what this implementation is going to return.

If your are always sending the same request to the system that you are testing it’s possible that you always test the same behavior. In this case the BookingBuilder has different attributes as we can see in the following builder.

A good practice here would be to randomize the inputs that you do to your services to ensure that there’s no corner case that you have not considered. It would be good to provide a constructor in your builder that allows creating objects with random fields.

This way you will have books with different types of genres, stars, price … that should not affect the result of the test execution.

In this post we have seen the concept of BDD and how can we create acceptance tests using Cucumber. We have seen that is important to mock our boundaries to avoid depending on a third-party system to run our tests and we have seen also that we need to randomize the inputs of our tests especially if our tests don’t depend on a particular object state.