JPA stands for Java persistence api and describes the management of relational data in applications using the Java platform.

One important thing of JPA is the concept of persistence entity. An entity it’s a lightweight java class whose state is typically persisted to a table in a relational database. Instances of such entity are rows in a table.

JPA is a java standard defined in the Java community process which is a formalized mechanism that allows interested parties to develop standard technical specifications for Java technology.

Using something standard is a good practice when using technology and using JPA is not an exception.

One of the last development tasks that I had to do has been to reduce the time that an API rest operation spend when calling it.

To test the API I was using Postman application because it has a lot of features available to test web API’s.

Bad performance in the API

The operation getAllCampaigns() returned a JSON with all the entities and it was spending 120 seconds to retrieve 95 campaigns from the database.

One of this campaigns had 20000 codes that were in the Code table and also had conditions in other table conditions. 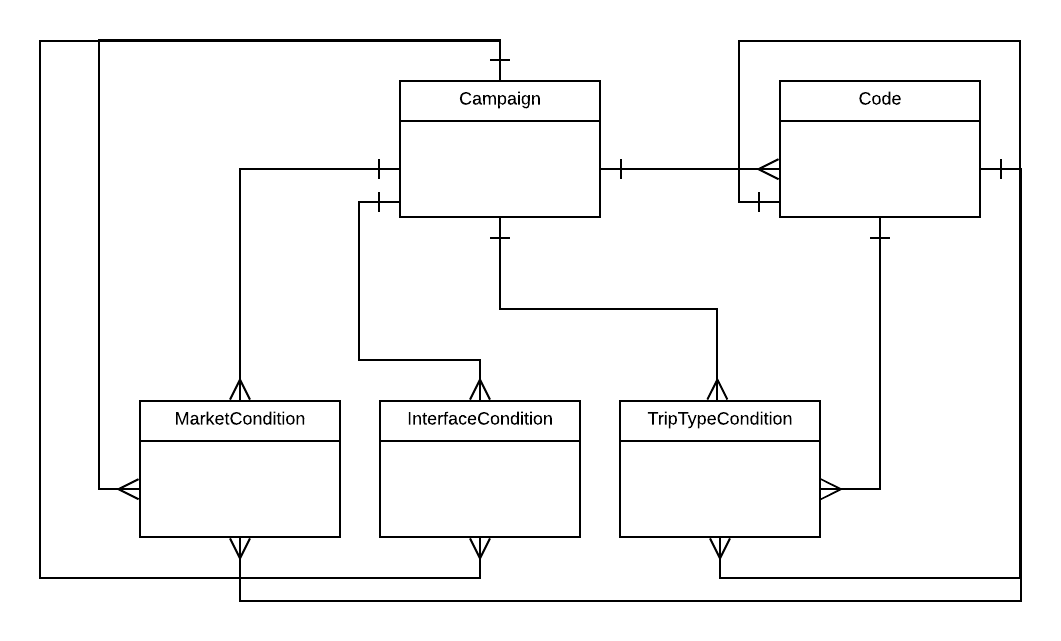 The number of joins to do in the operation getAllCampaigns() was high and I should find a better way to query the data.

The first thing that I did was to activate in the persistence.xml the following properties:

and in the log4j.properties I added also the following lines:

This way I was able to show sql in the logs, generate statistics, format the sql and having sql comments to understand better which queries where being executed.

The surprise was that a lot of queries to the database were executed for a single API operation:

35595 JDBC connections were done to the database. If this API has to be used by a high number of users this was not acceptable.

I realize that there was a problem of n+1 select query issue problem in ORM https://stackoverflow.com/questions/97197/what-is-the-n1-select-query-issue

Then I tried to set anotation FetchType.EAGER that according to the book Java Persistence with Hibernate 2007, it was one of the ways to fix this problem because it forces to make joins with the related entities instead of doing a query for each row related with the an entity.

The problem was that the related tables with the main entity were using @ElementCollection and the number of queries after executing this change was the same as before.

I tried then with a JPQL query that did JOIN FETCH because according to JPA 2.2 specification (JSR 338):

The first attempt of this optimization was with JOIN fetch. It returned no results because there were some relationships that have no related rows and because of that I had to use LEFT joins instead of that.

The results were the ones expected for a single operation: 1 JDBC connection. However, time to retrieve the data for this query was still 8 seconds:

Next calls to the operation spend 2.8 seconds approximately. I wonder if JPA/hibernate Level 1 cache was caching some way our database query, but what I did was to get the raw query and execute it directly in the oracle sql developer. The first execution was slow and next ones were faster. 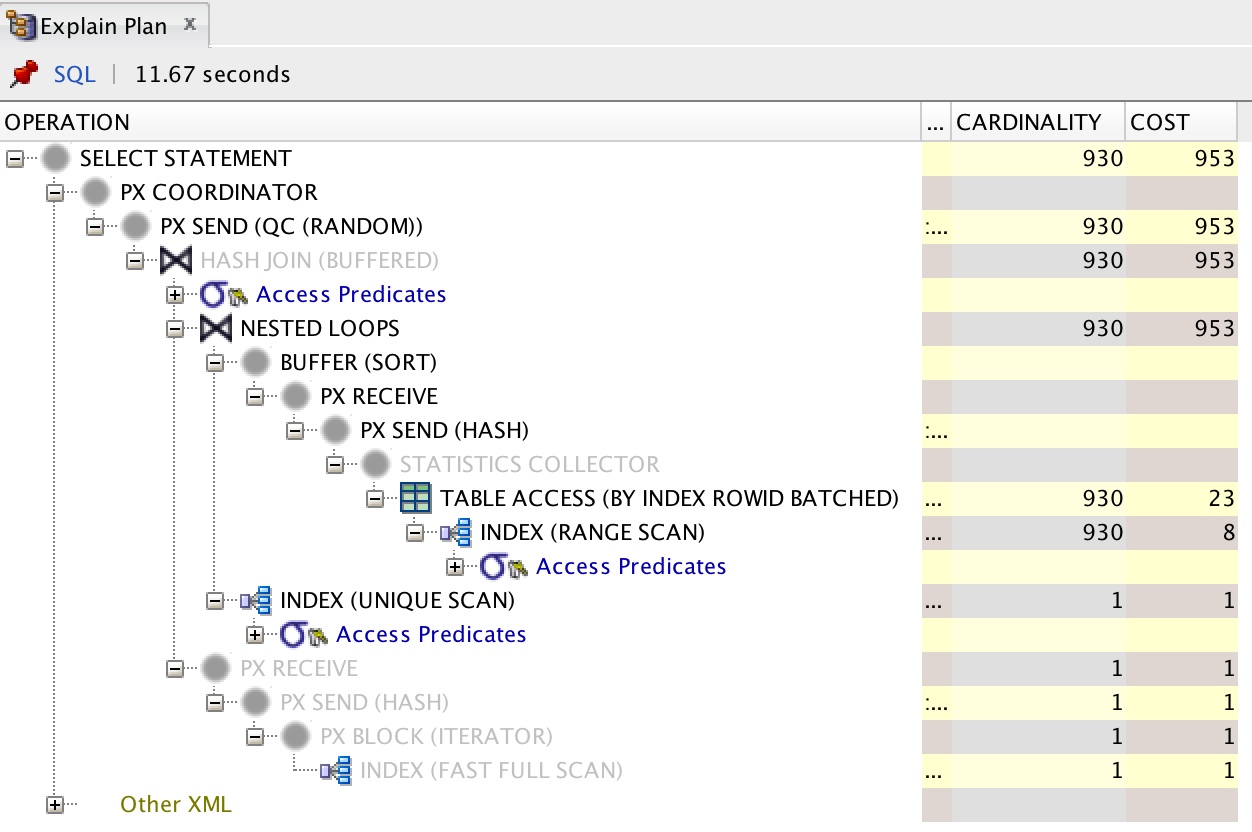 I found that there was an order by that was adding a cost that could be reduced. I had to delete @OrderBy annotation in one of the entities that was increasing the query time. This helped to reduce the time of the query to 2.8 seconds in the first execution.

Using a left join was a good option to decrease the time that the API operation spent in time, because JPA was doing a lot of queries to the database and it increased a lot the time to get the data requested through the API operation. In the following charts you can see a summary with the reduction of time for each optimization. In this case was a good option but it depends on the database design. I recommend the book Java Persistence Hibernate in action where it explains in more detail how to optimize your queries. 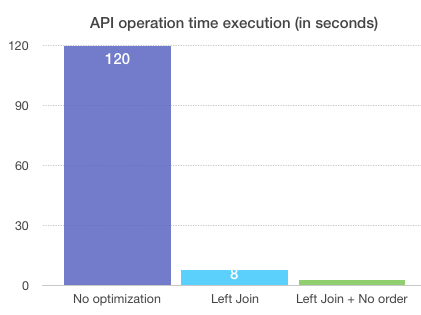